As corporate transactions resumed in late 2020, there were signs that the Big Law talent market was poised to take off. Still, no one could have predicted the frantic pace of lateral movement in 2021.

The top 50 firms hired nearly 1,100 side partners through mid-December, according to Firm Prospects, which tracks law firm listings. That’s a 76% increase from 2020, a relatively low year for Big Law’s movements during the pandemic. It is also a 20% jump compared to 2019, when things were more “normal”.

The year was defined by an increase in demand that Big Law has not seen since before the Great Recession. Seeing an opportunity, companies took action. New York-centric businesses have flocked to California. Lockstep companies traditionally opposed to lateral hiring have found an acquisition streak. Lawyers in technology and life sciences were the stars of the day.

“There has never been such an incredibly aggressive hunger and a willingness to pay whatever it takes to get and keep the best talent,” said legal recruiter Kay Hoppe. “There is nothing calm about this market. It’s competitive. It’s exhausting. And that will reset the ranking of companies.

Here are the moves that defined a big year in lateral recruiting.

Paul Weiss entered the Northern California market in 2020, causing a stir with the hires of Boies Schiller. He expanded that list in 2021 by adding partners from Orrick and Kirkland. Melinda Haag, Walter Brown and Randy Luskey d’Orrick have joined the Litigation Department, while Jeremy Veit, Partner at Kirkland M&A, has joined the Corporate Department.

After a blowout in 2020, Davis Polk opened the checkbook in early 2021 after saying he would relax his cascading pay model to better attract and retain top partners. Marquardt, a financial crime specialist from Cleary Gottlieb Steen & Hamilton, has joined Davis Polk’s financial institutions group in Washington. Previously, he led the foreign investment and security practice at Cleary, where he practiced for over 25 years.

He had previously represented clients including Exact Sciences Corp., Galera Therapeutics Inc. and NextCure Inc., in his practice advising on major corporate and financing transactions. Rubin was a major addition to an already large group at Sidley, which at the time consisted of a group of around 200 life science lawyers.

The New York-based attorney, who previously led Proskauer’s healthcare practice, took on the chairmanship of King & Spalding’s healthcare transactions and regulatory practice. This was one of many high-profile healthcare hires at the start of the year.

In a rare lateral rental, Cravath brought in a former regulatory partner of the Debevoise & Plimpton bank in Portilla. This was Cravath’s first sideways hire since 2018. Looking back, this might have foreshadowed Cravath’s decision later in 2021 to change his strict compensation system for partners.

Douglas Carstens’ move from Wilson Sonsini to McDermott was indicative of at least three major trends in hiring Big Law earlier this year. Companies that outperformed in 2020 were more active than the rest, and McDermott saw revenue growth of 18% in 2020 with earnings per partner up more than 25%. Life science partners like Carstens were in high demand throughout the year. Large law firms were ready, for the first time in memory, to hire new partners in cities where they did not have official premises. Welcome to San Diego, McDermott. 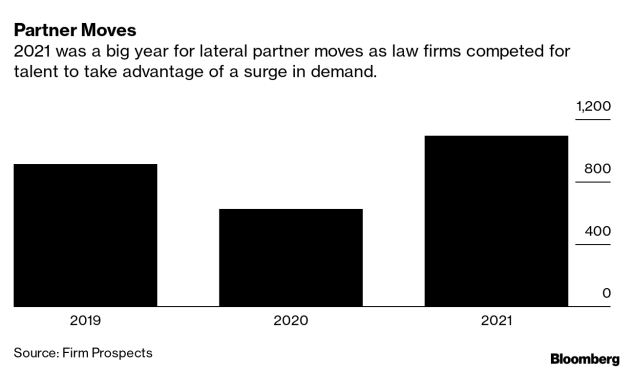 Lelling oversaw the prosecution of the Varsity Blues University admissions scandal as a former Massachusetts attorney. But he’s embarked on a new path this year, as part of an effort to expand white-collar investigations and the practice of Jones Day trials in New England.

Scalia was sworn in as the 28th Secretary of Labor in September 2019. He left Gibson Dunn to take on this role and returned to the cabinet this year. Scalia was a highly regarded partner prior to his time in government, earning more than $ 6.2 million in company revenue the year before joining the Trump administration, according to financial reports. 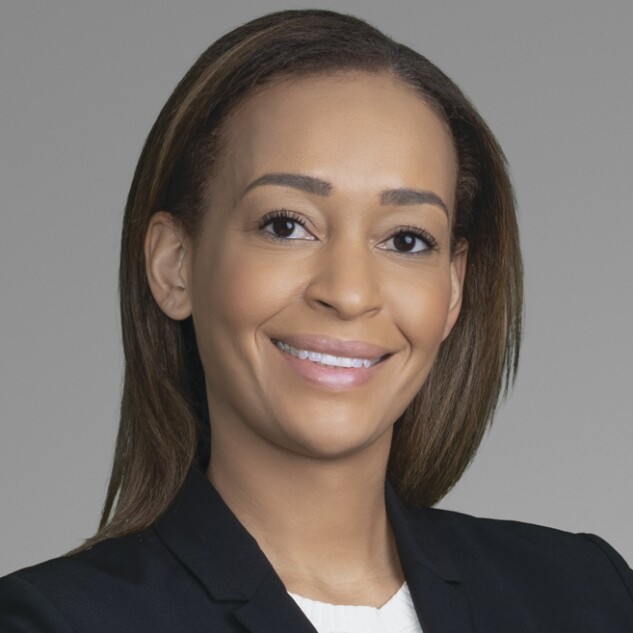 Okike’s move from Skadden to Kirkland was notable as it was the first side addition to the giant Kirkland restructuring group since 2009.

The move came a year after a wave of Covid-related bankruptcies began in 2020, but the practice has been relatively calm thanks to corporate support, governments and central banks.

Iancu joined Irell after stepping down as Under Secretary of Commerce for the US Intellectual Property Patent and Trademark Office. Lawyers often return to the same firm after a stint in the public service, but Iancu’s decision was a victory for a firm that has seen notable departures in recent years.

May: Cooley hires 10 partners in Chicago

Cooley made a splash in Chicago, hiring 10 associates from local law firms to leverage what the firm says is an active group of clients on the Midwest scene. Early hires included former Winston & Strawn partner Rick Ginsberg, former DLA partner Piper Greg Grossman and former Latham partner Laurie Bauer. Cooley’s specialty, representing emerging companies in the tech industry, has helped him become one of the fastest growing law firms over the past decade with more than tripled since 2010.

Foster, a Dallas-based energy trading partner, left Thompson & Knight following the company’s proposed merger with Holland & Knight. A former board member and chief of the Thompson & Knight office in Dallas, his move to Sidley was emblematic of two stories: how quickly Texas energy practice recovered from the pandemic, and the familiar story of partners. fleeing from companies before a big merger.

Kirkland entered new markets, including Salt Lake City and Austin, in 2021 as Big Law expanded to larger geographies following his successful remote working experience. The company planted a flag in Austin with the hiring of Kaercher, a former co-chair of the Baker Botts private equity group. Kirkland’s foray into Texas was one of the most successful market entries for any firm, as the private equity powerhouse now has around 300 attorneys in the Lone Star State, spread across Houston, Dallas. and now the capital.

May: Quinn Emanuel moves to Miami

Quinn Emanuel has opened a new office in Miami with 10 attorneys for Hogan Lovells and Greenspoon Marder. It was the company’s third new outpost in 2021 and was indicative of the steps Big Law was taking in new regional markets in the wake of the coronavirus pandemic. New hires include Hogan Lovells litigation partner John O’Sullivan and Greenspoon Marder’s commercial litigation partner Olga Vieira. Miami Mayor Francis Suarez joined as council. 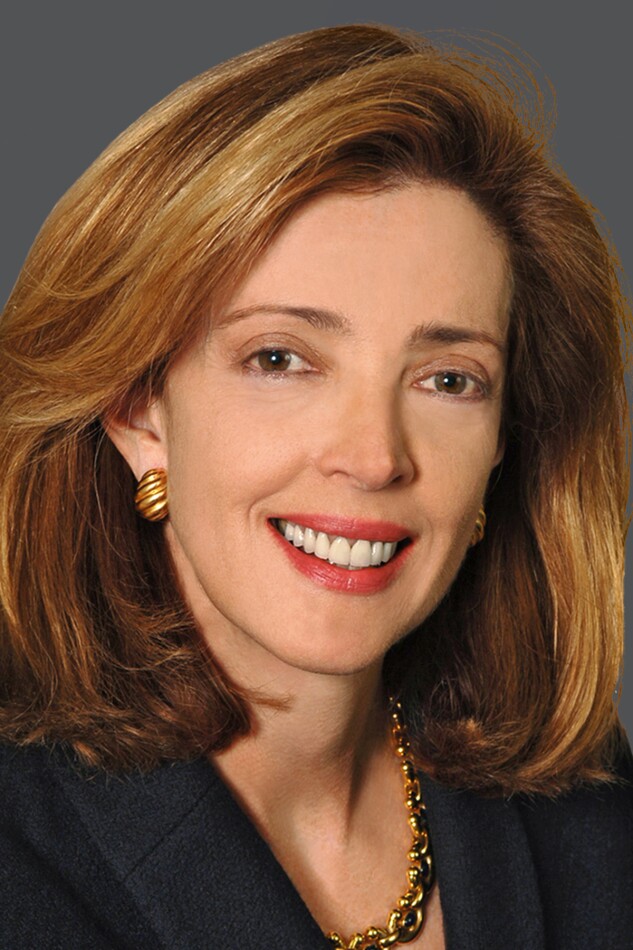 McGarry was among 52 full-time associates hired by Mayer Brown during the year, more than double the company’s total the year before.

She has been a prolific mergers and acquisitions lawyer for decades, leading deals for American Express Co., Coca-Cola Co. and Hershey Co. McGarry said she always had a strong desire to work for clients, which she said. ‘she called it “part of the daily fabric of my life.”

August: Latham enters Austin with a trio of partners

Latham & Watkins entered the Austin market with a bang, attracting partners from DLA Piper, Wilson, Sonsini, Goodrich & Rosati, and later Baker Botts. Latham was the first out-of-state law firm to complete a major expansion in Houston. Its launch in Austin used the same strategy: picking the best partners from local businesses with close ties. Austin’s new office is teeming with alumni from nearby University of Texas Law School, indicating the firm plans to recruit the best graduates to stay in the burgeoning market for Big Law talent. .

Freshfields’ hiring wave in the US was hit in the arm when the company lured top Cravath negotiator Zoubek. The New York-based partner had represented Canadian National in a nearly $ 34 billion acquisition and was a leader in the company’s work for now-pay-later buyout company Afterpay Limited in its sale. $ 29 billion to Square Inc. Zoubek left Cravath after 22 years from what was at the time one of the last ‘real’ lockstep companies to join Freshfields, which changed its compensation system to attract star recruits.

September: Willkie hires a trio of partners in Los Angeles.

Willkie Farr & Gallagher opened an office in Los Angeles by bringing in three Venable associates: Alan Epstein, Michele Mulrooney and Alex Weingarten. The company went through a streak of expansion after launching in Chicago in 2020, and strengthening its presence on the West Coast had been a strategic goal for the company. 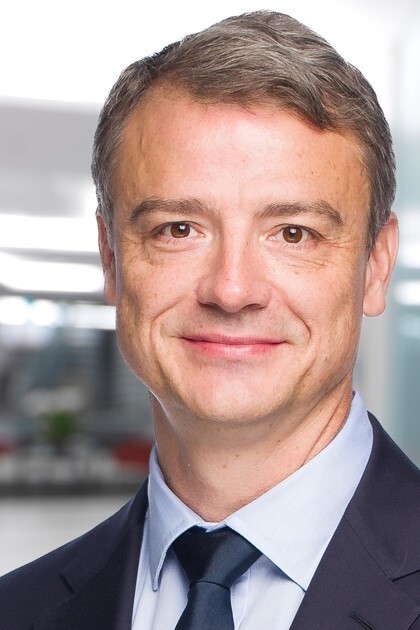 Amid an increase in its underlying tech and venture capital practice, Fenwick & West opened an office in Washington adding two regulatory partners.

Thomas Ensign came from Freshfields while Melissa Duffy joined Dechert. The hires took place before the firm chose an office space, continuing a Big Law trend of bringing in lawyers in new cities.

An antitrust litigator who strengthened the company’s leadership position in this hot market, Nyong’o joined Cleary from WilmerHale. Cleary became the latest Wall Street company to venture into the San Francisco Bay Area, run by clients like Google and Nvidia. The company has done extensive antitrust work for tech giants on major international transactions in recent years.