When investigations relating to Pandora Papers came to light early last week, many companies and individuals were feeling the uncomfortable gaze of scrutiny of their tax transactions in the offshore world. But in the legal industry, there was really only one: Baker McKenzie.

The International Consortium of Investigative Journalists, which obtained the files, highlighted the role of Baker McKenzie by creating the modern offshore system, claiming that the global company also continues to help its clients navigate this underground economy. The firm has been mentioned in over 7,500 documents, more than any other major law firm.

The implications for the business are complex. As reporter Dan Packel explains in an excellent article, Baker McKenzie has been named the best known (but not necessarily the best regarded) name in the industry in the Acritas Global Elite Law Firm brand index for 11 consecutive years. . Will it hurt the company’s reputation or attract even more high net worth clients?

Baker McKenzie takes issue with the ICIJ report and it should be noted that the company hasn’t technically done anything wrong. Nonetheless, unwanted attention will reignite two important debates that are expected to increase in frequency in the years to come within law firm management teams.

First, to what extent should law firms be wary of acting for certain clients. The right to legal advice has always been a fundamental part of the law, but the extent to which companies choose to avoid clients with questionable reputations may become a bigger topic of debate as the younger generation lobbies. to obtain evidence of companies’ ESG and CSR efforts.

Earlier this year in Australia, the chief executive of national company MinterEllison questioned the company’s decision to act for a client accused of rape, which sparked internal disagreements and led to her dismissal. A subsequent article by our Australian correspondent Christopher Niesche found some examples of firms refusing clients for ethical reasons, but in general, it remains rare for firms to refuse mandates for such reasons.

The second debate is how aggressively companies should fight for their customers, especially if their goals appear ethically questionable. Two years ago in the UK, Allen & Overy found itself embroiled in a debate over nondisclosure agreements after acting on behalf of Harvey Weinstein. The crux of this discussion was how appropriate it was to draft a deal that made even other employment lawyers wince. He is providing legal advice and going the extra mile for a questionable cause.

Both of these issues were addressed this week in an excellent opinion piece by a professor who works at the Center for the Study of Corruption in the UK.

Robert Barrington argues that the reputation of law firms is changing from being a guardian of the rule of law to that of a “professional facilitator”. By this he intends to act on behalf of corrupt oligarchs and kleptocrats, exploit loopholes, circumvent the margins of legality and “set up complex networks of front companies to conceal identities and financial flows and prosecute journalists who may making uncomfortable allegations against their clients ”.

Lawyers have three defenses, he explains: access to justice; innocent until proven guilty; and equality before the law. But he also stresses that “these principles were designed to protect the underprivileged and the oppressed; they are now also used to protect those who are very corrupt ”.

For companies that advise in the sometimes murky world of offshore shell companies, it’s probably rare that a client is ever blatantly criminal or their goals are downright nefarious. So how can businesses attempt to tackle these issues?

Now that the reports are out, there are probably people in the cabinet who are feeling a bit embarrassed. And, right or wrong, it can further damage the reputation of the company.

Executives of large law firms are more associated with first-class air travel. But the $ 1.7 billion executive chairman and chief executive officer, 2,171 lawyer Greenberg Traurig, has gained a reputation for embarking on long trips to visit his offices. .

Earlier in the year, they traveled across the United States in a motorhome to meet with each of the company’s 30 national offices. Now they’ve just done the same across Europe – this time in a 1960s Volkswagen pickup truck. They drove from Warsaw to Berlin, broke down en route, then continued on to London before the last one. stage of the journey to Milan.

Choosing a smaller van for this one was probably a good idea. “Good luck driving a motorhome in the EU,” said Executive Chairman Richard Rosenbaum. From personal experience, I agree with him – I once tore the side of a motorhome through the narrow streets of Chamonix in France.

In fact, although unusual, the whole exercise appears to have been a success. The goal was to connect with their offices and bring people together after more than a year of isolation. Each stop had almost 100% attendance.

More partner promotions than ever 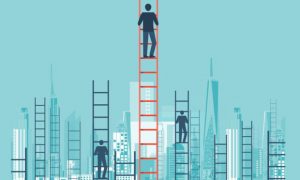 Make hay while the sun is shining. The world’s largest commercial law firms are certainly taking advantage of unprecedented market conditions to promote attorneys to associate level faster than ever in history.

At the end of last week, White & Case became the latest to announce its biggest cycle of promotions ever – 59 in total, up from 40 12 months ago – which succeeded the 151 new partners of Kirkland & Ellis in the Beginning of the month. Goodwin Procter also unveiled a record number of partner promotions and in April, Linklaters also announced a large number.

Even companies that announced a smaller number of promotions this year – including Baker McKenzie and DLA Piper – made record numbers in 2020.

These figures are also not skewed by region. In fact, promotions in New York may have slowed down and some companies have completely snubbed London.

It really is a global growing season.

Major stories from around the world

“Essential to Clients”: the regional manager of Clifford Chance explains why Africa is at the heart of the company’s strategy

McDermott Will & Emery continues to expand with HSF Hire in Singapore

‘They have real problems’: Quinn Emanuel London on the verge of losing not only star partners, but much of his business

From Law Firm to Firm: How Management Expectations Drove Another Partner to Make a Career Change

Why positioning in larger markets is not always a good strategy

Don’t be a banana: CGs complain of inconsistent effort during panel terms

“Now is the right time”: the ropes and the grays stick to November for a wider reopening, while other companies postpone

The talent drain is a “growing threat” for law firms